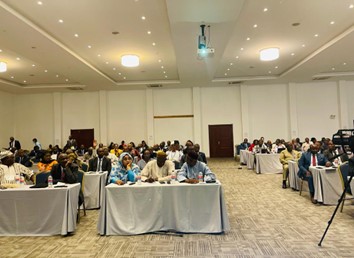 The Africa Organisation of Parliamentary Accounts Committees (AFROPAC) Conference took place from the 31st of October to the 4th of November 2022 in Monrovia, Liberia.

The theme of the conference was “Collect comprehensively, borrow wisely, spend efficiently: Public Finance Oversight in a time of pandemic recovery”. This successful conference was sponsored by GIZ and AFROPAC.

An African public sector capacitated with competent, ethical and influential professionals who support accountability, transparency and good financial governance. The success of this vision will result in sustainable and predictable facilitation of Africa’s Socio-Economic development.

AFROPAC represents the voice of the African citizens collectively under the African Union. 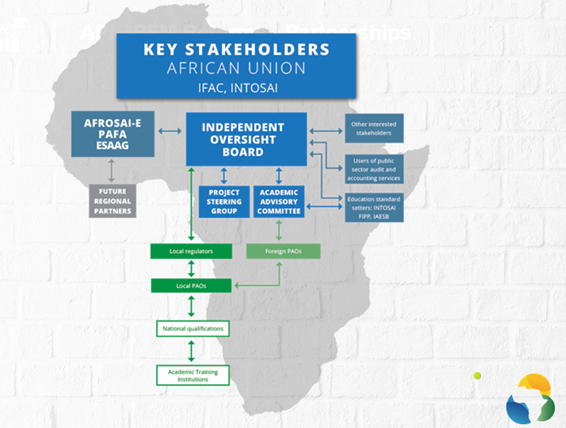 The Honourable members of parliament actively engaged the API staff during the session covering professionalisation of public sector Accountants and Auditors.

The PAC members outlined some of the challenges they are facing in undertaking their work and requested to know how the Professionalisation initiative would assist them to address the same. The issues raised included the following: 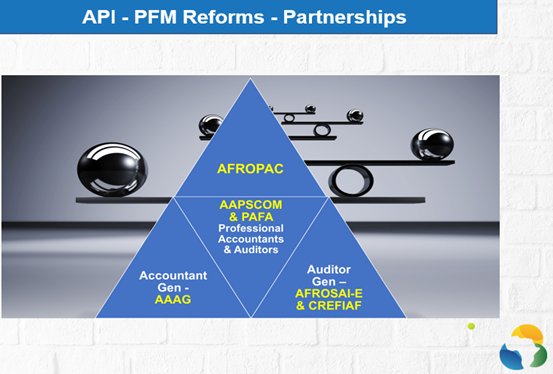 The API team responded to the above concerns by honourable members by indicating that Accountants General (ESAAG now transitioned to AAAG), Auditors General (AFROSAI-E and CREFIAF) and the Professional Accountancy Organisations (PAFA) came together to set up the Africa Professionalisation initiative to develop adequate human resource capacity to address the challenges highlighted through Professionalisation.

A study conducted previously showed that there is a severe shortage of Public Sector Professionalised Auditors and Accountants and once this gap is addressed through the API professionalisation, the challenges raised by AFROPAC would start to be effectively addressed. The success of the API will lead to the oversight role of the Parliamentary Accounts Committees being effective and successful.

The API supports countries to implement public sector accountancy certification programmes which are aimed at upskilling existing capacity while also developing a pipeline of future talent in PFM.

AFROPAC is a key partner in the API value public value creation chain. 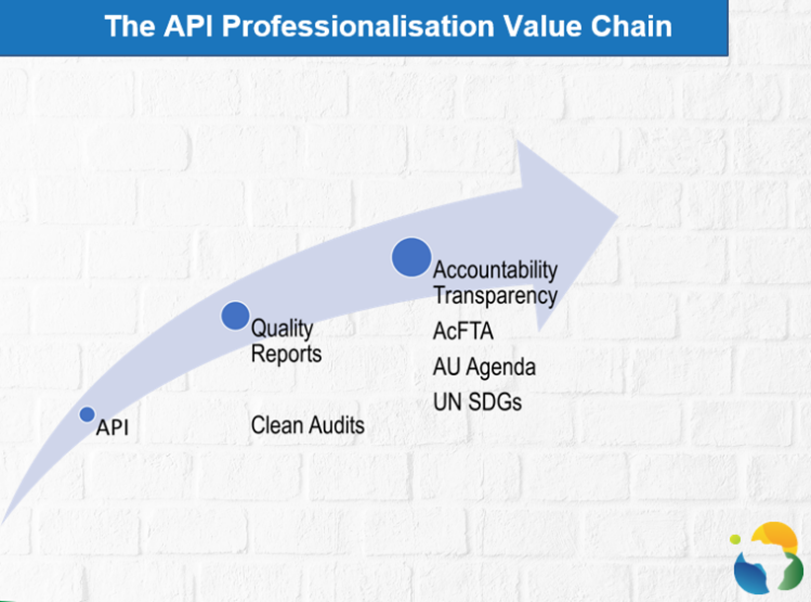 Most national governments development plans prioritise human resource development as a core driver for national success. To ensure this focus becomes a value creating practical commitment, there is a need for allocation of resources for the priority goals of professionalising public sector employees and in particular public sector accountants and auditors.

To this end, all professional accountants that have not been professionalised for the public sector environment and needs should take advantage of the resources at the African Professionalisation Initiative working through the national Professional Accountancy Organisations (PAOs) and the Accountants General and Auditors General offices to realise this desirable objective.

We look forward to realising the success of the public sector accountants professionalisation initiative and deliver high quality benefits to the citizens of Africa as API will open a trusted and predictable pathway for the success of the Africa Continental Free Trade Area (ACFTA); The seven aspirations of the African Union (AU) Agenda 2063 and the United Nations Sustainable Development Goals.

The Honourable members were updated on the MOU signed between the African Union and the Pan African Federation of Accountants (PAFA) which endorses and supports the African Professionalisation Initiative (API).

The African Union (AU) Charter on public service and administration provides that public service agents should demonstrate professionalism, transparency and impartiality in the performance of their duties. The API will accelerate realization of this objective working closely with its partner organisations and the Public Service commissions across Africa.

Zimbabwe is the first country in Africa to sign the MOU to implement the API. The other countries that have expressed interest and are on the journey towards implementing the Professionalisation program include; Liberia, Namibia, Botswana, Ethiopia, Somalia, Kenya, Uganda, Burkina Faso, Tanzania, Eswatini, Lesotho, and Burundi.

The AFROPAC host, Liberia, has submitted an expression of interest to implement the API. Over 10 other African countries have expressed interest in the API. During the country visit, API staff had an opportunity to meet with the senior leadership from the Accountant General’s office, the Auditor General’s office and the Liberia Institute of Certified Public Accountants (LICPA). The meeting was chaired by the Accountant General of Liberia, Janga Kowo. Mr Kowo highlighted the need to speedily professionalise accountants and auditors in the government of Liberia to realise improved citizen services evidenced by accelerated socio economic development through greater accountability and transparency, while supporting the successful implementation of the seven aspirations of the African Union Agenda 2063. More updates on the progress in Liberia will be made available through upcoming news updates.