API staff took part in the AFROSAI-E hybrid (in-person and virtual) Technical conference from 18 to 20 October 2022 in Pretoria, South Africa. Themed “Connect”, the conference brought together Auditors General and their key staff to consider key priorities that will affect the role and impact of Supreme Audit Institutions – SAIs – towards effective contribution to Africa’s socio-economic development. This was the first in-person event since the onset of Covid -19 travel restrictions which had constrained in-person conference interaction for about two years.

The conference featured exhibitions and knowledge sharing hubs to showcase the important role SAIs’ play in advancing accountability and transparency in the use of public resources. The interactions also provided an opportunity to establish connections with new peers.

During the conference, several new technical guides and exposure drafts were launched. The AFROSAI-E provides quality guidance and professionalisation advise to SAIs to support them in complying with high quality SAI standards and thereby serve the public interest.

Professionalisation – A Priority for SAIs 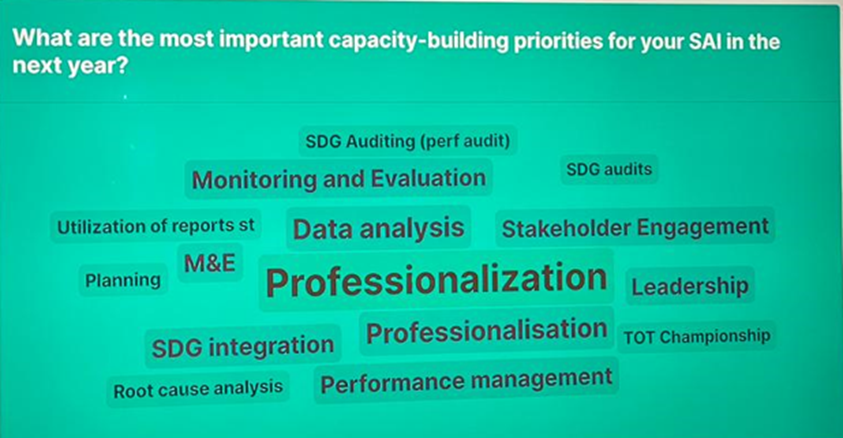 The API is an independent non-profit organisation whose primary objective is to strengthen the capacity and knowledge base of accounting and auditing professionals in the African public sector to support service delivery to the citizens of Africa.

The API aims to achieve an African public sector capacitated with competent, ethical, and influential professionals who support accountability, transparency and good financial governance. The API is hosted at the AFROSAI-E office and is funded through the AFROSAI-E and existing arrangements with donors and development community.

To achieve good finance governance, the API will provide an innovative and sustainable mechanism for meeting the growing need for governments to equip critical service functions with professionals who meet a high standard of quality and who are subject to continuing compliance with the code of ethics as well as a commitment to lifelong learning.

The AFROSAI-E conference ended with a special dinner hosted in an African traditional setting to enable the participants to connect even more in a relaxed and friendly informal setting. We look forward to the next Technical Conference taking place in 2023.